If anyone had said to me that I would actually go to the cinema in 2012 to watch a silent film, thoroughly enjoy it and leave in a warm happy fuzzy frame of mind I would have said they were bonkers and look for the gin bottle they were obviously hiding about their person. By now you’ve probably guessed the film I’m talking about is The Artist.  It was cleverly done, funny and had a cute dog who most definitely deserves an Animal Oscar. I reckon little Uggie was probably the hardest worker on set! 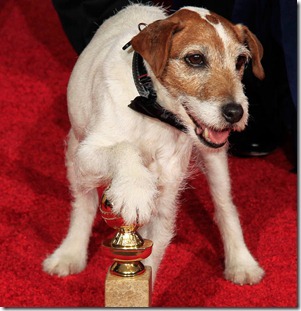 But getting back to black and white films, I love them! They’re fantastic to watch on cold wet winter afternoons or when you’re a bit under the weather and tucked up under a warm duvet on the sofa.

I’ll watch anything with Margaret Rutherford, she was one of the funniest comic actresses of her time and to me she will always be THE Miss Marple, no other actress has come close in my opinion. 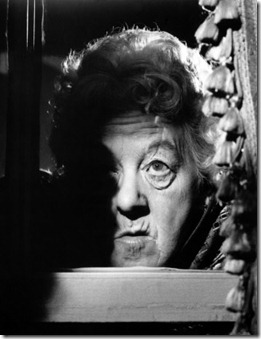 Spookily, she also starred in one of my absolutely favourite old British films Passport to Pimlico. 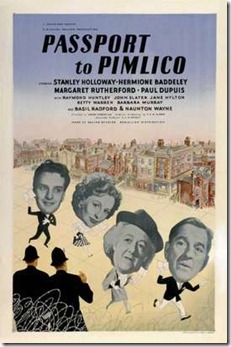 When anyone mentions Ealing Comedies this is the film that comes to mind. I think it was one of their very best productions. Nothing beats the British sense of humour! 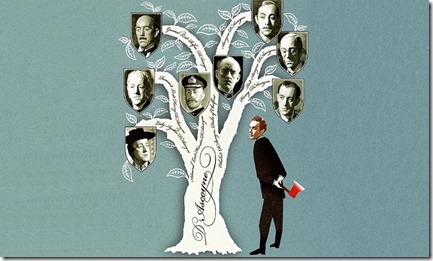 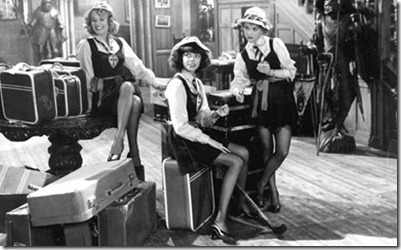