I always try and find time each Sunday to pay a visit to my local animal sanctuary PAWS to show my support and cuddle every thing I can get my hands on! They do coffee, tea and cake on a Sunday, so I’m usually to be found sitting on a bench in their garden putting away a cupcake (or two). A couple of the resident pussycats have cottoned on to this, so now I have to share my cake with Misty, Felix and Handsome. They like the sponge bit of the cakes.

This is Misty a one-eyed Tortie. 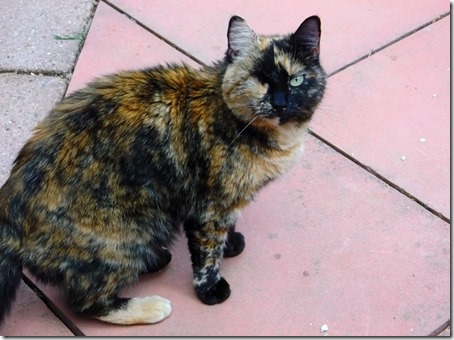 I don’t know what her story is but she has been living there for some time. She gets a bit bad tempered sometimes but from observing her it seems to be when she can’t see anyone coming from her blind side. She tends to lash out if she’s taken by surprise and who can blame her. Now I only have to say “cake” to her and she follows me up the garden to get her reward. She’s quite a character. 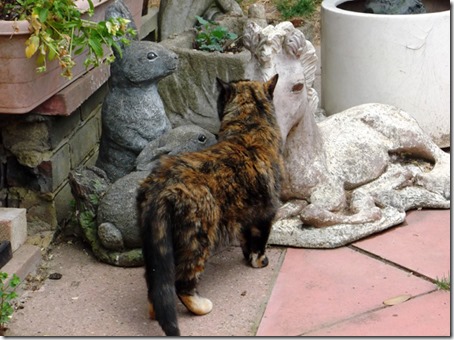 I’m not sure of the name of this absolutely huge fluffy black and white cat, but suffice to say he was taking up most of the bench I wanted to sit on and wasn’t moving for anyone. I squidged myself on to the end. Cat 90% of seat, human 10%. 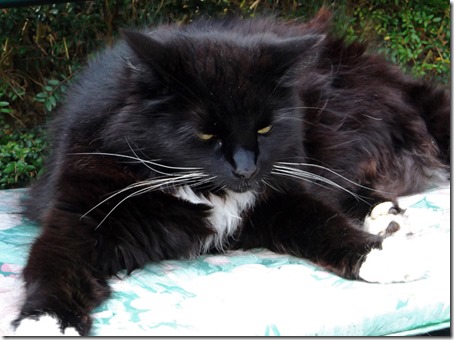 Another rose for you. It’s not one of my own, I snapped this in a garden centre. I was taken with how big it was and the two tone petals. 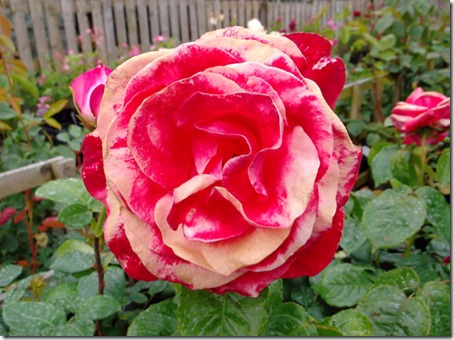 It’s called Rosa “Silver Jubilee”. BTW this image is straight from the camera, no messing with the saturation in Photoshop. It’s like someone has been splodging the leaves with paint. It’s on my list for future acquisition!

As everybody else has been doing them I thought I’d have a go at making crochet owls. I finished a batch of them this afternoon and took them outside to photograph them. I’m sure the neighbours thought I’d lost it. 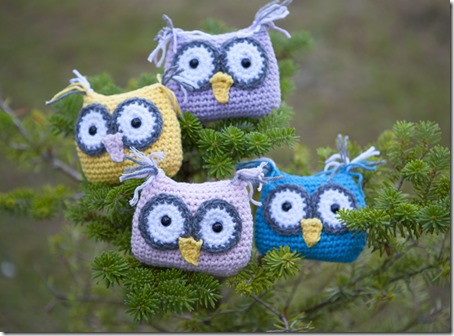 I think they make a cute little family. They were certainly fun to make. I might even give them names – maybe I am losing it!!

One Thought on “Sunday Visits”