The Mr P I’m referring to is Sir Terry Pratchett author of the fantasy Discworld series and other brilliant tales. 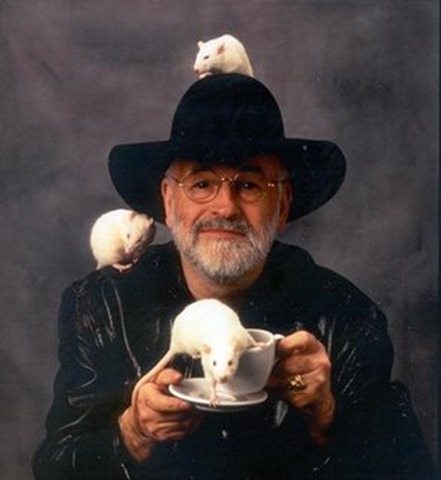 I discovered his novels one day in my local library. They had a display of well known authors’ own favourite authors. I noted that somebody called Terry Pratchett listed Spike Milligan as his favourite. I remember thinking ‘Anyone that likes Spike Milligan can’t be bad’. (Spike Milligan’s ‘Puckoon’ is one of the funniest books in the history of writing). 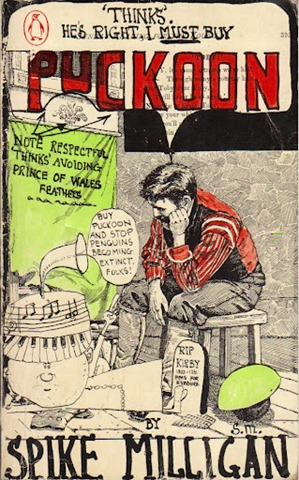 So I had a forage around the library and found The Hogfather and that was it. I became one of the legion of Terry Pratchett fans. 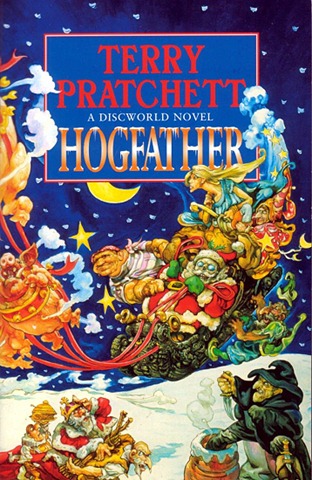 I think it is his humour that does it for me, it’s not a joke a minute but clever musings from an extraordinary brain.

These are some of my favourite quotes from Sir Terry

Every procedure for getting a cat to take a pill works fine — once. Like the Borg, they learn…

I think that sick people in Ankh-Morpork generally go to a vet. It’s generally a better bet. There’s more pressure on a vet to get it right. People say "it was god’s will" when granny dies, but they get angry when they lose a cow.

I must confess the the activities of the UK governments for the past couple of years have been watched with frank admiration and amazement by Lord Vetinari. Outright theft as a policy had never occurred to him.

Oh dear, I’m feeling political today. It’s just that it’s dawned on me that ‘zero tolerance’ only seems to mean putting extra police in poor, run-down areas, and not in the Stock Exchange.

My experience in Amsterdam is that cyclists ride where the hell they like and aim in a state of rage at all pedestrians while ringing their bell loudly, the concept of avoiding people being foreign to them.

My dream holiday would be

a) a ticket to Amsterdam

b) immunity from prosecution and

And from his Discworld novels …

"Alcohol didn’t seem to go to her brain at all. It could be that it couldn’t find it." – Thud!

What sort of man would put a known criminal in charge of a major branch of government? Apart from, say, the average voter. – Going Postal

This man was so absent-mindedly clever that he could paint pictures that didn’t just follow you around the room but went home with you and did the washing-up. – The Last Hero

If you trust in yourself … and believe in your dreams…and follow your star…you’ll still get beaten by people who spent their time working hard and learning things and weren’t so lazy." – Wee Free Men

I talked with Sir Terry once at a book signing hoping to get him to come and talk to my local writers’ club. He gracefully declined saying that he didn’t do that sort of talk and found that writers’ clubs were generally populated by dry, boring old men on the pull. Thinking back on his comment I think he was partly right, I do remember a few mature and eager gentlemen at my club.

The Hogfather remains my favourite book of the series, Death being the best character. All his lines are written in capital letters, very powerful, after all who can argue with DEATH? 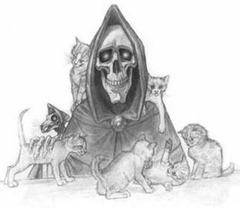 I love Wee Free Men too, it’s sort of like Braveheart on speed. I’d love to have a Nac Mac Feegle to keep in my bag to have handy for those awkward little moments out and about with traffic wardens and jobsworths 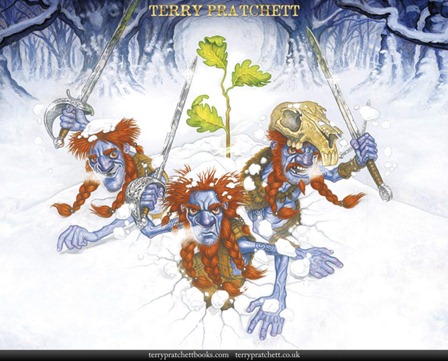 You’re a lovely man and my hero, Mr P!

One Thought on “The Inimitable Mr P.”