Embroidery Library a brilliant source for machine embroidery designs had a sale of African inspired designs last week, so I thought I’d treat myself to a Zebra, some Meerkats and half an Elephant.  I had some thick cream coloured canvas (which is a dream to embroider) and added the designs to a piece of it. I then found a lovely piece of Zebra print cotton (you see, sales are never cheap. When you have an idea you usually have to buy something else to complete it).

A bit of cutting and tutting later and sewing on my brilliant little Elna Sew Fun machine and voila a Safari bag has been born! 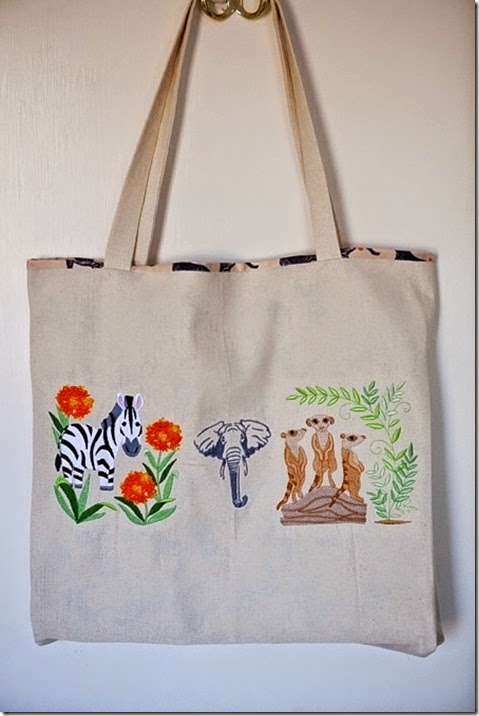 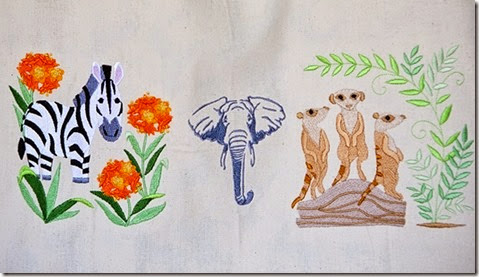 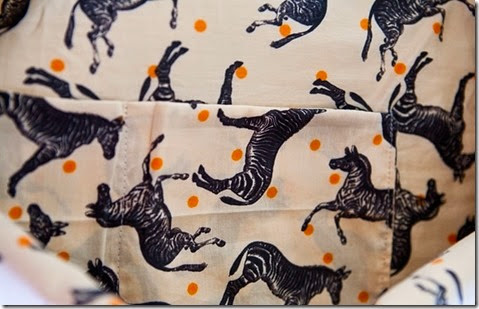 As we’ve just had confirmation in the UK that all plastic bags in shops will cost 5p each from next year, this is my answer to shopping without plastic. Not so much a Bag for Life but more a Bag for Wildlife.

Thinking of shops and stuff, how many of you fellow crafters out there with your own little shops are starting to gear up to make your Christmas stock soon? I think there’s something slightly rebellious about working on Christmas designs when the sun is shining down and the waves on the beach are lapping at your feet (Australians, you must be expert at this). I’m about to start on Rudolph Tea Cosy. 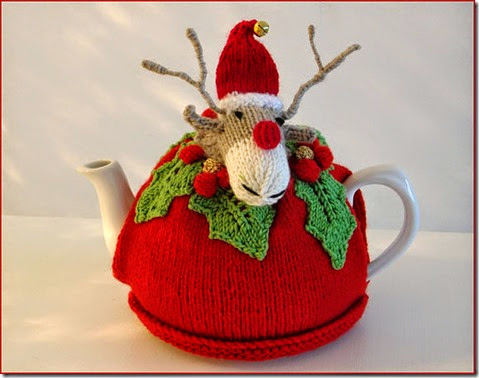 I only make one of these each year as there’s so much work involved in making the embellishments. Poor old Rudy, he’ll never get a friend at this rate.

I did my usual Sunday visit to PAWS Animal Sanctuary last Sunday. Dear little Button a black and white stray who was thought to have Feline infectious peritonitis has got the all clear. 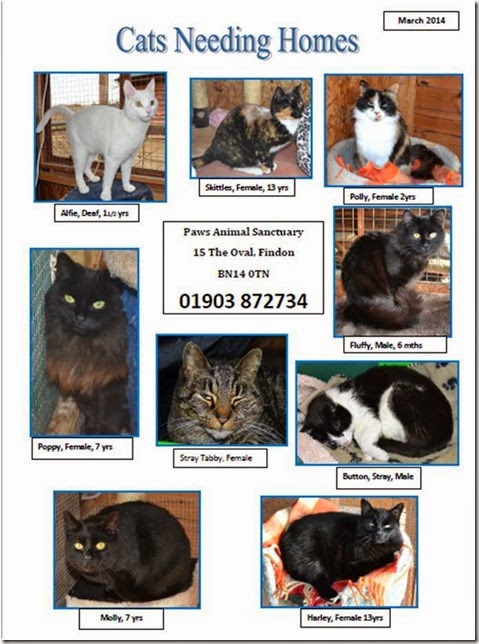 (On the right one up from the bottom) picture by PAWS

The vet thinks he has just got an intolerance to certain types of food. A while back he could hardly raise his head from his bed but now he gets out of his bed and does his best to head butt your knees. I hope he gets a good home, he has struggled for so long he deserves one.
Stacey also took in one cat who was dumped by the side of a road in a cat basket and one who was dumped in a box. Both were starving and in an unkempt condition. 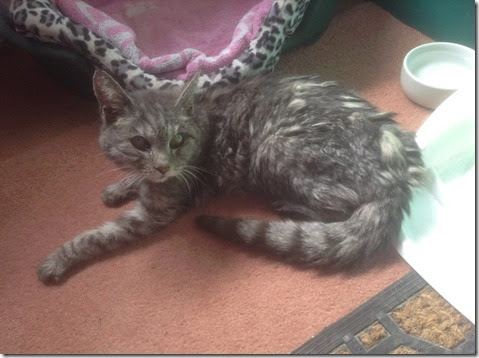 Dumped by the side of the road – picture by PAWS 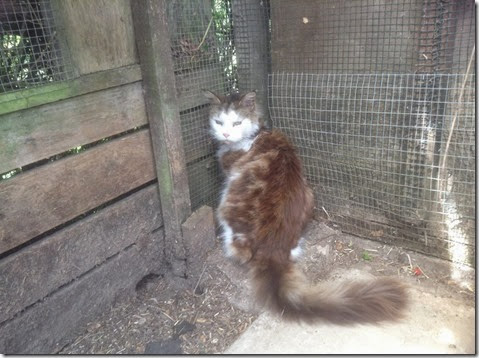 Dumped in a cat basket – picture by PAWS

I am constantly amazed by the fact that most animals no matter how badly treated they are by us are still capable of giving us affection. I was there when the longhaired cat above came in and I spent some time petting it. The dear little thing purred and purred in between frequent trips to his food bowl. Again they both deserve some love in their lives and they’ve both definitely landed on their paws by being in Stacey’s care.

One Thought on “Here, There and Africa”