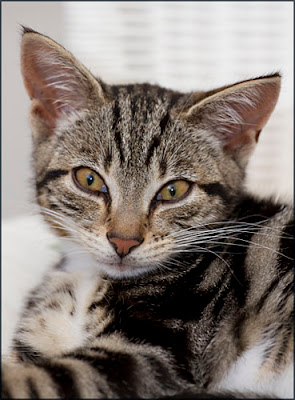 Try to envisage the shoot from the cat’s point of view. Something 10 times your size is pointing something at you that makes strange noises and flashes and for good measure some prodding and poking is also taking place. Try for some empathy and at least a few soothing words. Make your movements slow and deliberate.

Check the cat’s eyes. Quite a few cats’ eyes accumulate dirt in the corners and it’s always easier to clean the eyes first rather than spend ages cloning the dirt out in Photoshop. That goes for the nose too; I have one cat that seems to like applying the remains of her food to her nose as some sort of feline badge of honour. 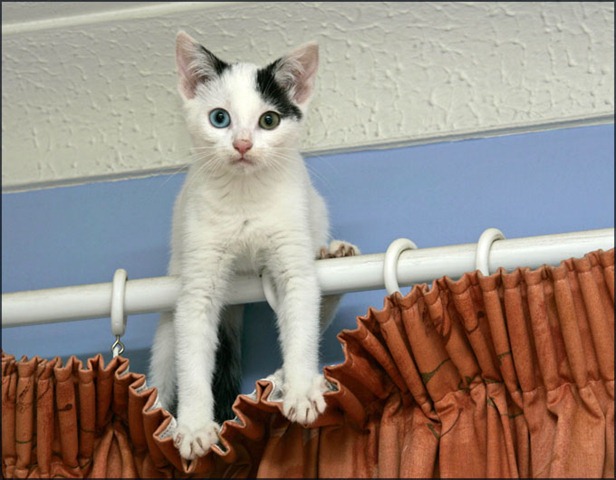 Look out for the yawn. If you are tuned in to your cat’s facial expressions   look out for signs of a yawn about to take place. In an anthropomorphic sense a yawn can be translated as a laugh or a roar. Previous to snapping this picture I could see that Lily was revving up to a yawn and I was able to watch for the moment. 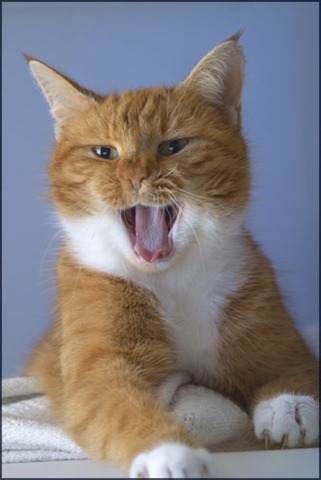 Kittens look great photographed with various props – think of the classic kitten in a wellie/flower pot/cardboard box. Woolly pom-poms that are bigger than the kitten’s head are effective. A vase of flowers will usually get a kitten sniff. For the duration of the shoot make sure the vase hasn’t any water in it as little accidents invariably happen. Adult cats are usually better photographed in a slightly more dignified manner. A big fleecy throw is inviting and relaxes the cat. Beware of backgrounds and try not to have them too cluttered. Using a shallow depth of field will help throw the background out of focus. 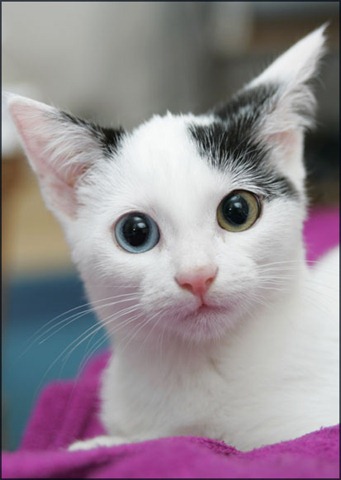 Avoid the dreaded “green eye” (red eye in humans). If you are using a camera with a built-in flash make sure the red eye setting is on. Bouncing the flash off a white ceiling ensures no green eye and no strong defined shadows behind the cat.

Photograph your cat at eye-level. Cats rarely photograph well from above unless you are going for a special effect with a fisheye lens. Getting that great ‘straight down the barrel look’ captures a lot of the character of the cat. In this example I was following Poppy around the room. She eventually settled on the shelf above the computer and flipped over to a ‘come up and see’ position.

An empty crisp packet is good to use as an attention getter. However after a few times of using it cats get wise to it and end up ignoring you. I use the inside of a squeaky toy as it I can hold it in my mouth and blow through it leaving my hands free to operate the camera. Beware – do not swallow!  I have had a 100% success rate with doing a dance in front of my cats (The Time Warp works a treat); the ‘astonished’ look is priceless. 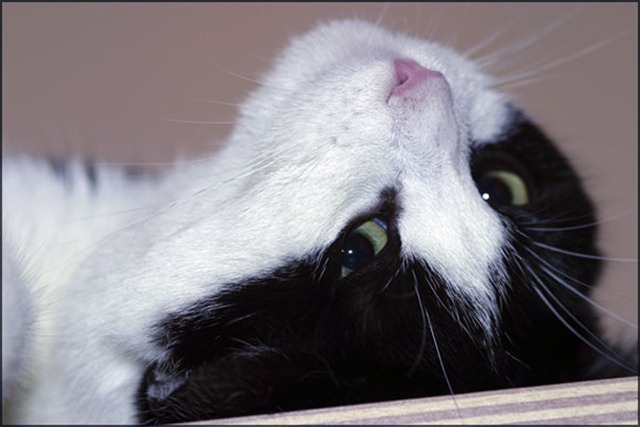 Have back up.  A second person is invaluable and lets you have your hands free to operate the camera controls. Positioning the person behind you and getting them to raise their hand above your head results in a pleasing ‘heads up’ pose from puss. They are also useful in helping applying sticking plasters in the event that puss has been un-cooperative.

If all else fails in getting puss to pay attention bait with food as a last resort. Try a couple of prawns, kitty biscuits or cheesy bits – whatever your cat is used to as a treat. You may end up smelling like Billingsgate Fish Market but at least you should have your shot and Tiddles have her modelling fee. 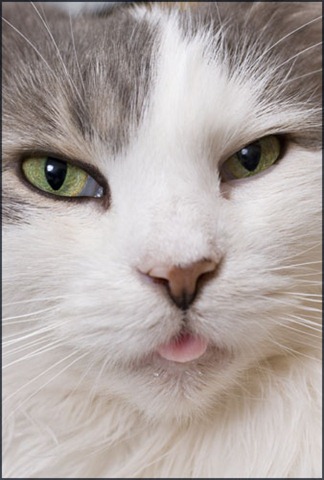 One Thought on “10 tips on how to photograph your cat”