Listening to Radio 4’s Desert Island Discs this morning got me thinking to what 8 records I would take to my desert island.  I have many, many terra bytes of music stored on hard drive, probably the equivalent in vinyl to fill every shelf of a mega superstore. Yet it did not take me many minutes to come up with eight musical milestones of my life. So here they are, albeit not in chronological order. 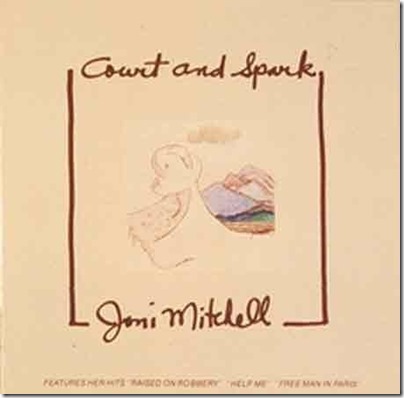 Where I grew up in Holywood, County Down we didn’t have a record shop for many years and when one finally opened I swear I was its best customer. I was eventually banned from bringing any more records home with me, so I used to smuggle them in in my school satchel and hide them at the bottom of my wardrobe.  The record shop owner who got to know me very well used to play me records that he thought I’d be interested in and one day he played Court and Spark. I loved every song on it and from that moment became a lifelong fan of Joni Mitchell. With Carey I love the opening line, “The wind is in from Africa, last I couldn’t sleep”. It makes me think of exotic climes, tents in the desert, mosquito nets. When I think of travel I think of Carey.

I would also take ‘Twisted’ from the same album.  I have one fun memory attached to this song. When my best friend’s dad used to pick us up every Saturday night after the disco had finished, the pair of us used to sing this song at the tops of our voices in the back seat of his car.  In retrospect the man must have been a saint to have put up with our caterwauling. We always tried to hit Joni’s high notes but could never quite manage it. So I would have fun sitting on the beach of my desert island singing this at the top of my voice knowing I wasn’t hurting anyone’s eardrums.

Lola by The Kinks 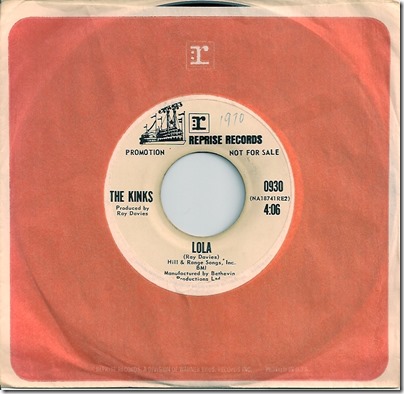 I was a fan of the Kinks from the very first minute I heard ‘You Really Got Me’ I love Ray Davies’ song writing. He writes about real people, emotions, places. I love the story of how Dedicated Follower of Fashion came about. He was refused admission to a well known fashion designer’s party so Ray straight away immortalised this precious pedantic in song. As I was very young when Lola was released I didn’t immediately twig what the song was about, all I knew was I loved the sound of Ray Davies’ voice, especially how he sang C-O-L-A cola. He originally wrote coca cola but was forced to change it to cherry cola due to copyright laws. I always thought Coca Cola missed a big marketing trick by forcing him to change it. I remember going to see the Kinks when they played in Sussex a few years back. I couldn’t persuade anyone to go with me, so I went on my own and had a fabulous time. 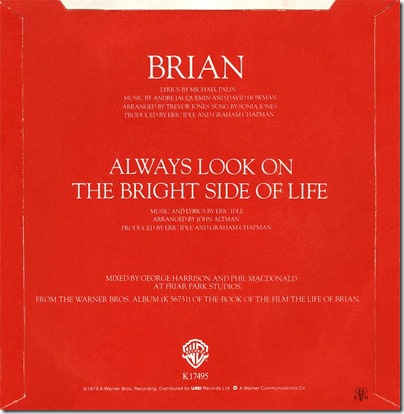 I went on an archaeological trip to the Eastern Desert in Egypt many moons ago – we were looking for prehistoric rock art. I didn’t want to be without any music on the trip so I compiled a cassette tape (pre ipod days) with my fav music on it. As we experienced disaster after disaster in the desert this track was rapidly adopted as the trip theme song. I have this wonderful memory of standing on the top of a sand dune in glorious pink and gold evening light waiting for the rest of the party to come in when one jeep came hurtling up the dune with six people inside singing ‘Always Look on the Bright Side of Life’ at the top of their voices – magic.