I came across this lovely crocheted wrap around cardi in an old Rowan magazine (number 49), it’s called Charm and it’s designed by Erika Knight. I fell in love with it and just had to make it. Only one problem, the pattern confused the heck out of me. It was all written without an accompanying diagram. I like a diagram so I can check where I am in the pattern cause I usually head off in bizarre directions with crochet! 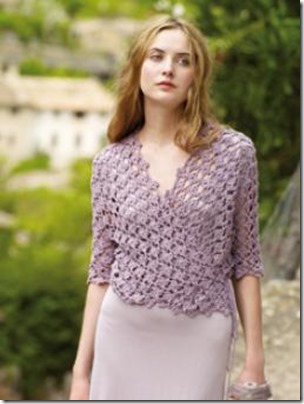 I attempted the first row, then the second, ripped out the second, worked it again and tried the third row, halfway across, went wrong and ripped it back out again. Thought I’d got row 4, but I hadn’t. ripped it out again.  Ran screaming to the kitchen cupboard looking for the whiskey bottle.

I was in desperate need of help. Went on Youtube where I did find a tutorial on it but the lady did go a bit fast in certain places and my pause and rewind buttons were getting worn out. Visualising the rest of my life  spent in an institution for crocheters and knitters driven mad by confusing patterns I had one last place I could go for help.  I went online to my beloved Ravelry to see if I could find any references to the pattern. I found it featured in a few projects, one lady had written that she had given up on it, another lady wrote that she had to write out her own diagrams because the instructions were misleading. However I did find a post by the lovely Cupani aka Chris who had not only finished it but added a helpful comment about working row 2 and posted a link to a diagram of the stitch. The thought that another human being on the this planet had actually made the cardi really spurred me on. 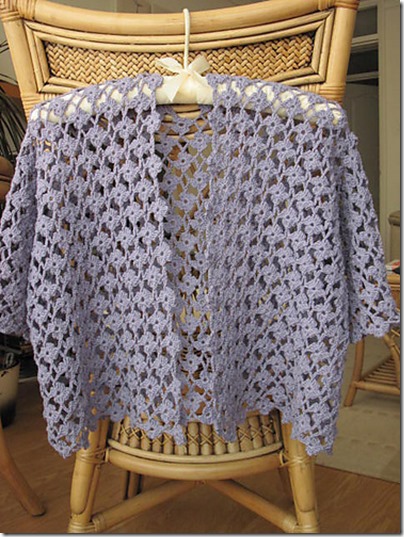 Cupani’s beautiful finished cardi. See her gorgeous shawls at Chrissie Knits too Much

So this is it so far, only a few pattern repeats done so far, but I feel as if I’ve just split the atom! 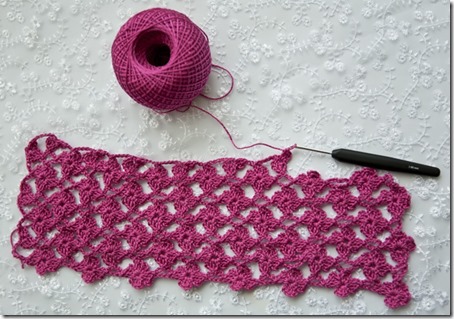 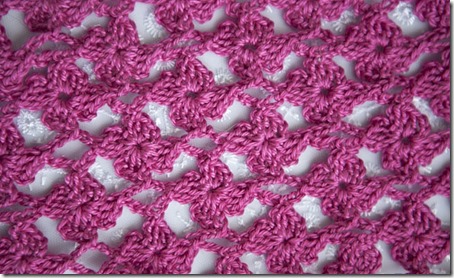 Check back in a year and you never know, I might just have it completed!